We are proud to share we have recently started a large new add-on study conducted at Radboudumc in collaboration with UCB called Personalized Parkinson Project De Novo (PPP De Novo). With this study we will build a new cohort of 144 patients with de novo (i.e., newly diagnosed and previously untreated) Parkinson’s disease who will be followed longitudinally for two years. Read more about this new study’s rationale, objectives and design below.

Time for a new gold standard
Currently, the MDS-UPDRS scale remains the gold standard to document the outcomes in clinical trials for Parkinson’s disease. The MDS-UPDRS is far from infallible, as it is based on subjective scoring (using a rather crude ordinal score), while execution of the tests depends on clinical experience. Not surprisingly, the scale is subject to both significant intra- and inter-rater variability that are sufficiently large to mask an underlying true difference between an effective intervention and placebo. Digital biomarkers may be able to overcome the limitations of the MDS-UPDRS, as they continuously collects real-time data, during the patient’s day to day activities. In the PPP De Novo study we are interested in developing algorithms to track progression of bradykinesia, gait impairment, postural sway, tremor, physical activity, sleep quality, and autonomic dysfunction.

Another objective of this study is to create an extensive longitudinal dataset describing the clinical and functional characteristics of a representative Parkinson’s disease de novo cohort to allow researchers to investigate important unanswered questions in Parkinson’s.

Study design
As said, we will follow 144 patients with de novo Parkinson’s disease for two years. Data collection will be partly similar to that of the Personalized Parkinson Project, be it less extensive. The earlier mentioned Virtual Motor Examinations on the Verily Study Watch are mandatory for participants of the PPP De Novo study.

The image below shows the study design in more detail and shows the differences with the Personalized Parkinson Project. 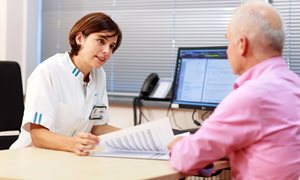 We have lots of exciting news to share! Read it in this update on the Personalized Parkinson Project. 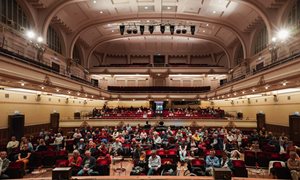 We are very happy we were able to organize the Personalized Parkinson Project participant event September 25th and it was a great success! 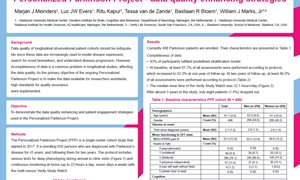 At the latest virtual MDS congress (12-16 September 2020) we presented a poster on data quality enhancing strategies. 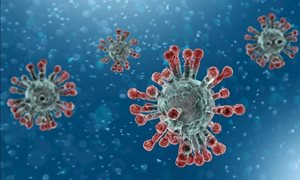 The COVID-19 outbreak offered a unique opportunity to study how a common stressor affects the Parkinson population. It also created a natural experiment that helped us study the value of the wearable sensors of the Verily Study Watch. 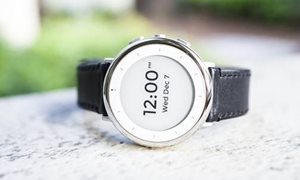 In May we enrolled Virtual Motor Examinations (VME) on the Verily Study Watch. The VME consists of a eight tasks which participants perform weekly from their home. Impact of COVID-19 on the study

Luckily, the effects of COVID-19 on the Personalized Parkinson Project are mild. Read more about the adjustments we had to make and how they impact the study.